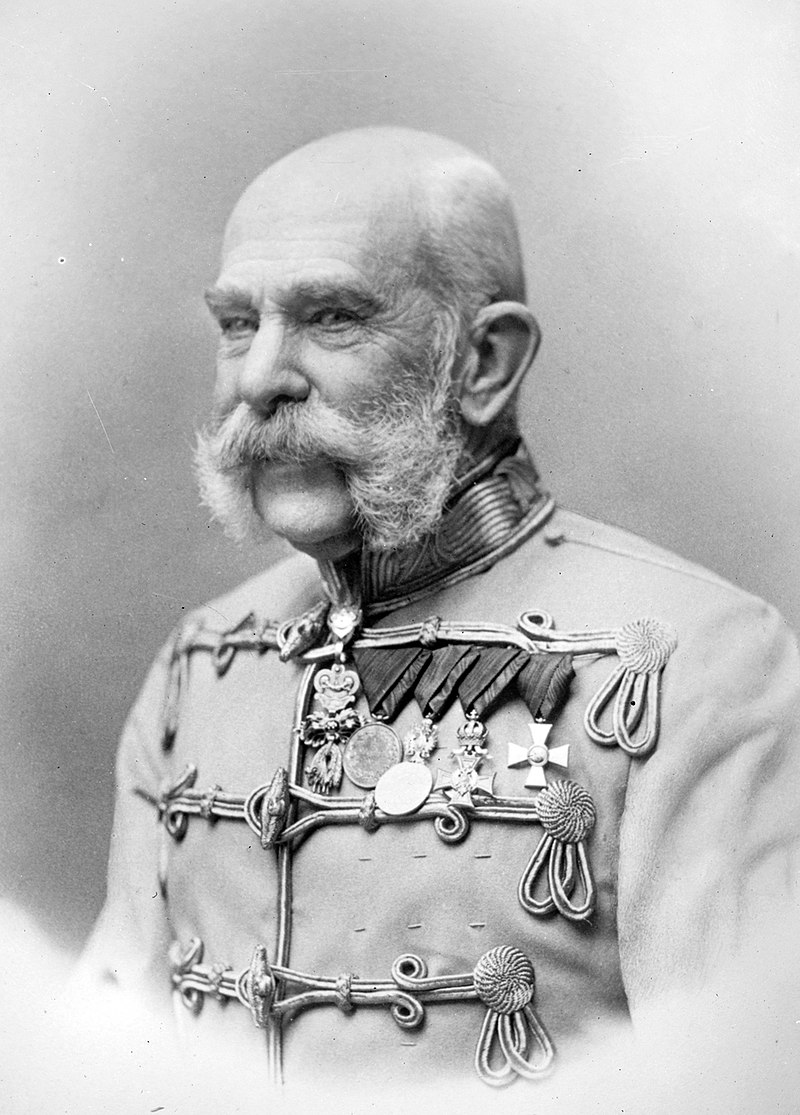 Franz Joseph I, the most popular Austrian emperor, he was the longest reigning European monarch. Sixty-eight years of his reign was a period of relative stability. Like his grandfather, Francis I (Francis the Good) he became a legend while he was still alive, and thanks to the melancholy Viennese, the myth has survived to this day. His disgust with all inventions and attachment to the ceremonials of the Spanish court are anecdotal. At supper, everyone stopped eating at once, when the emperor has finished eating. And because he ate very fast, his guests usually only had time to taste the dish. Meals were held in silence, and no one was allowed to speak, unless the emperor addressed him, this one was usually focused on eating. It tells, that being sick so seriously, that he spoke with great difficulty, he cursed his doctor, who was suddenly called to him: “Go home and dress appropriately”. "God, how boring this mansion is!”, Edward VII was to say once, Prince of Wales.

Despite the splendor and ceremonies with which he was surrounded, Franz Joseph was a simple man. His diligence is legendary: stood up Fr. 4.00 (sometimes Fr. 3.30), he washed himself in cold water and Fr. 5.00 he was already seated at his desk. He gave audiences twice a week, he accepted about one hundred people at a time (applicants were first searched). After finishing work, approx 17.30 tidying up the desk, and at the end of his life, Fr. 20.00 he was already in bed. He was alien to the love of art. “I go to the opera as an act of sacrifice for my country”, he once wrote to his mistress. His only passion was hunting and mountain hiking, and he spent his holidays in Bad Ischl, w Salzkammergut.

His personal life was a series of misfortunes. He was heavily influenced by his mother, Archduchess Sophia, who first arranged a marriage with one of his cousins, Elizabeth, and then acted to his detriment. Elizabeth spent as little time as possible with the emperor, and Franz Joseph was devoted to her all his life. At the same time for over 30 his relationship with the actress Burgtheater lasted for years, Katharina Schratt. Although their relationship bore the hallmarks of a romance, seems, that a sense of decency had kept the emperor from giving it a physical dimension. Family matters weren't going any better. His brother, Max, was executed in Mexico in 1867 r., in year 1887 only son, Rudolf, committed suicide, and the wife was murdered in 1898 r.

The last day of his life, 20 November 1916 r. Franz Josef started early, getting up Fr. 3.30. The last words to the butler were: "Tomorrow morning, at half past four”.