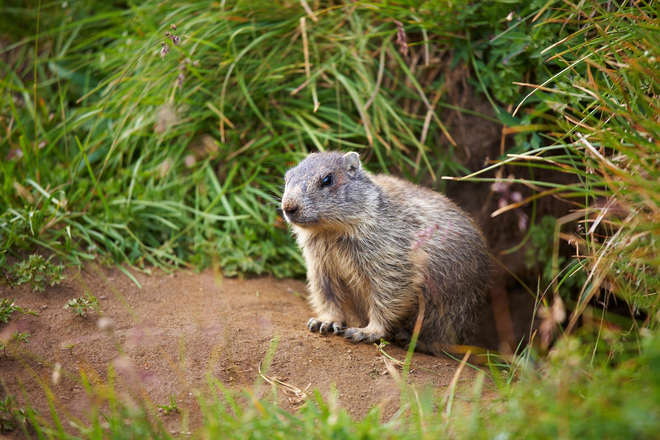 Almost half of Austria's territory (46%) it is covered with forests. At low altitudes, oaks and beeches are the most common. Conifers dominate in the higher regions, such as pine trees, spruces and larches. At a height of approx 2000 m n.p.m. forests give way to alpine pastures. Above 3000 m n.p.m. only mosses and lichens grow on steep crags.

From June to September, the high pastures are dotted with colorful alpine flowers, which have adapted to life in difficult conditions: long roots resist harsh winds, light colors (the result of strong ultraviolet radiation) they attract insects, and the hairs and specially shaped by nature leaves protect against frost and dehydration. Orchids, edelweiss, dandelion and alpine poppy survive even at higher altitudes. Edelweiss growing on rocks and in crevices, with white star-shaped flowers, is one of the most famous Austrian plants in the Alps, although she came to these areas from central Asia. Most alpine flowers are under protection and must not be picked.

The fauna in the lowlands is typical of Central Europe, but Lake Neusiedl is a unique sanctuary for many bird species. Until recently, alpine ibex was a species threatened with extinction in alpine regions (a kind of mountain goat with huge curled horns). Capricorns, who are masters of rock jumping from the moment they are born, in July they move to altitude 3000 m n.p.m. or higher. Mountain chamois, although they don't live that high, also feel great on the steep slopes of the Alps. They can jump up to four meters high. Their hooves are equipped with flexible soles and hard outer edges, perfect for keeping a good grip on loose rocks. Chamois are more common than ibexes, with which they share similar habits – lounging in the warmth of the midday sun. Marmots are also home to the Alps (rodents related to squirrels), and in the alpine pastures there are many species of butterflies.

Marmots, mountain rodents found mainly in the Tyrolean Alps, live in herds of about two dozen individuals. The boundaries of its territory are marked with sharp-smelling secretions from the cheeks. These animals are very alert, they watch out not only for predators, but also alien marmots, which are immediately attacked by them. "Sentries” they rise on their hind legs during their service, to see the surrounding area better. After spotting a predator (fox or golden eagle) make a warning whistle, also recognized by chamois, which have the same enemies. Marmots are digging a net of burrows, from which there can be up to a hundred different exits. Generations have been working to complete the entire system of underground corridors. These animals sleep in dry grass lairs, which they regularly clean and change. Falling into a long winter sleep (ending in April), they only have five months to reproduce and accumulate energy for the next period of sleep. These monogamous creatures start looking for their companion as soon as they wake up. The young are born blind and remain underground for the first four weeks of their lives. Once on the surface, they must learn the warning signals quickly and acquire a scent recognized by the rest of the herd. Marmots mainly feed on grass and plants.